ABOUT US
The Osceola Senior Softball League was founded about 1995  in St. Cloud Florida. Our most-respected, highly-admired founder Leo Viti is no longer as active with the organization as he would like to be but still drops by occasionally to say hi and cheer us on. Since its founding the league has been devoted to providing an outlet for active seniors to stay in shape both physically and mentally while playing a game they love. As well one will find that it can also provide the opportunity of meeting other like-minded individuals, leading to strong and long-lasting friendships. All seniors are welcome regardless of skill level or place of residence; the only limitation is the 55 plus age requirement hence the name of the website (though actually it probably should be 55plusor54ifturning55thatcalendaryearsoftball.com).
Pickup games are played Monday and Friday from mid-March to December at Denn John Softball Complex in Kissimmee (behind Makinson Aquatic Center). Players must arrive by 9AM (or call before 9 & arrive by 9:15 (see Contact, below, for phone #'s) to play in that day's game. On Wednesday there is batting & fielding practice @ 8:45 to 9 followed by a 10 pickup game (arrive, call by 9:30 to play pickup game). A The Leo Viti Fall League is played one day per week during Sept & Oct played either Mon or Fri so during that season only 2 days per week are available for pickup games.
From Jan. to end of March Mon. & Fri. pickup games are replaced by our Winter League tournament played at Fortune Road Softball Complex in Kissimmee. Sign-ups take place during November. Teams are created by a selection process with the goal of creating evenly divided teams. Each team is sponsored by a participating organization who donates to our League in exchange for various perks and benefits (and of course prestige).
Individual players can be highly competitive, but with the league mission of creating a safe place for seniors to enjoy a healthy recreational environment that competitive drive should never drive away respect & tolerance of others. One's sense of competition should be limited to improving one's own game. Osceola Senior Softball is a non profit corporation registered with the Federal Government and the State of Florida.
1

BACK TO TOP
The full Newsday article/obituary (you need a password to read it) By Deon J. Hamptondeon.hampton@newsday.com @deonjhampton Updated January 3, 2018 12:51 PM
Andre Bermudez, a Suffolk County employee in the department of economic development and planning and an avid musician, has died.
He was 40. “He is the best father and most amazing husband. We laughed a lot. He loved to play with his children, and his friends and family always came first,” said his wife, Danielle Bermudez, of Selden. “He would do anything for us, and would move heaven and earth to see us happy.”
In his county role, he was involved in revamping, renovating and reselling zombie houses, his family said.
“I am deeply saddened by the passing of Andre Bermudez, a rising star who was instrumental in the revitalization and economic development of communities across Suffolk County,” Suffolk County Executive Steve Bellone said in a statement. “Andre was the utmost professional, someone who believed in the mission of the Suffolk County Landbank Corporation and, most of all, understood the importance of helping others in need.”
Bermudez died Friday at his home in Selden. The cause of death was not immediately known, his family said.
Bermudez graduated from Commack High School in 1995, and from the State University New York at Purchase, majoring in music composition and performance.
He later received his master’s degree in business from State University New York-Empire State College.
Many people didn’t know that Bermudez was very handy and preferred to fix something rather than buy new, his family said.
“He built me a farmer’s table by hand, because he wanted simply to make me happy,” Danielle Bermudez said.
Her husband, who had been part of the Long Island music scene since his teens, was an avid musician who often played guitar, she said.
Bands he played in included Space Robot Scientists, Freaks from the Apocalypse, and Yes Sensei, his family said. His love of music brought him and Danielle together, she said.
“I was working in a coffee shop and his band played there. It was pretty much instantaneous love,” she said. They were married for 10 years.
Those who knew him said he also loved the outdoors, camping and hiking.
In addition to his wife, Bermudez is survived by two daughters, Isabel and Olive; and his parents, Angel and Cynthia Bermudez of St. Cloud, Florida.
Services for Bermudez will be Wednesday from 2 to 4 p.m., and from 7 to 9 p.m. at Moloney Funeral Home in Ronkonkoma,
https://www.gofundme.com/andre-bermudez
*Note*
Home team & field assignments may vary being based on best regular season record.
Dates also may vary being dependent on whether a series goes 2 games or 3 games
Koffee Kup 9
Pittsburgh Nick's 2
​ VFW
​ Aurora
Marrero's
Koffee Kup
Koffee Kup
Aurora
Koffee Kup 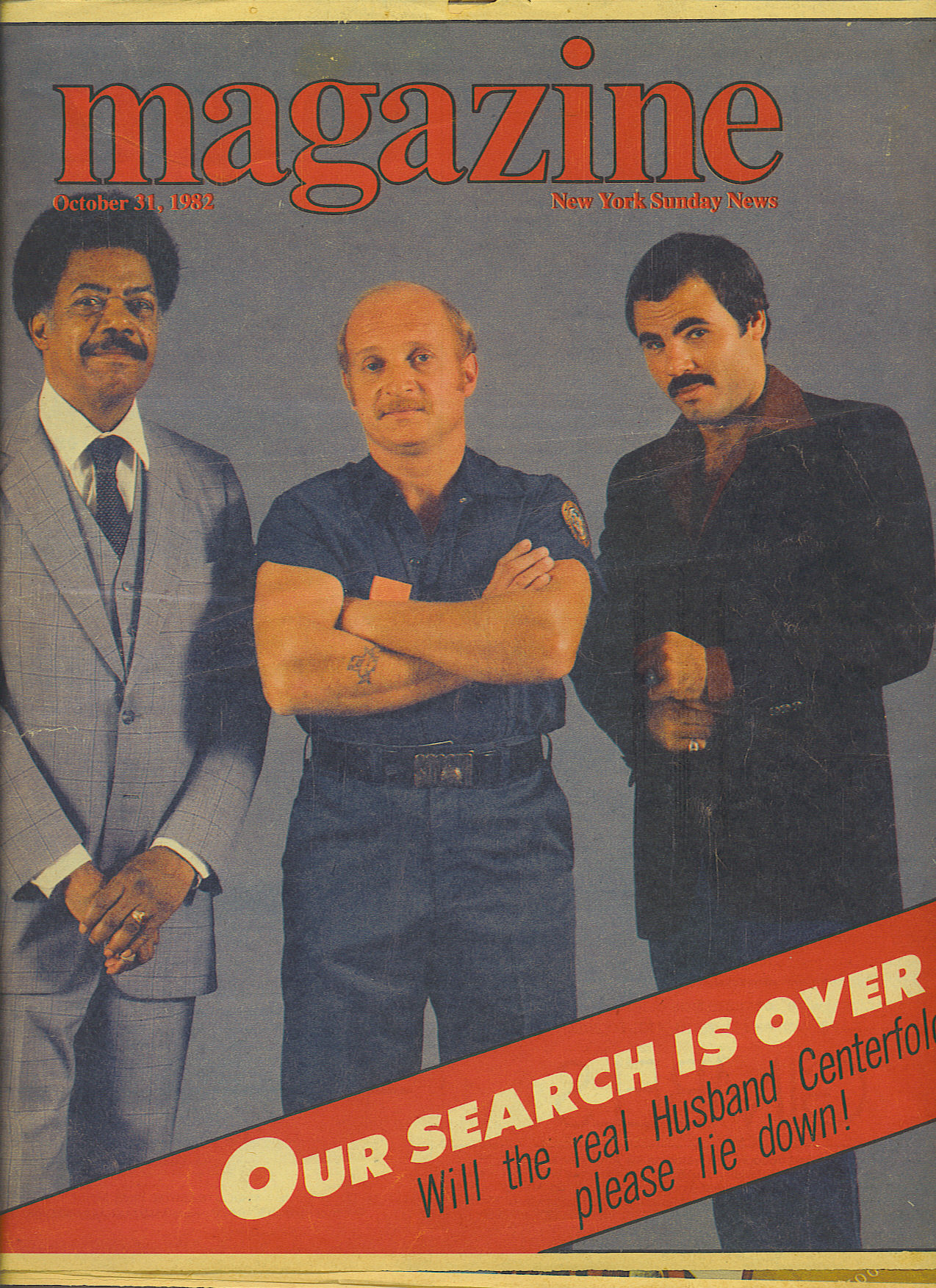 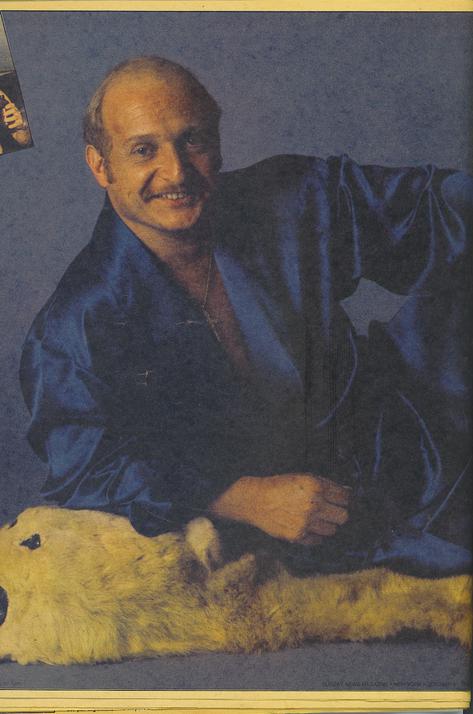 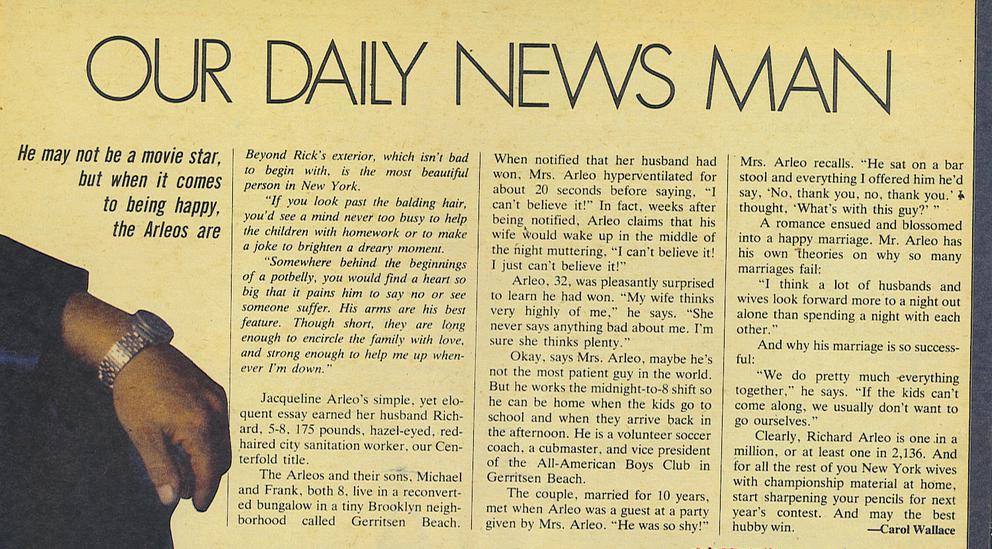 SCHEDULE
& standings
7/3/2020
Return to Denn John Monday July 13
The Osceola Senior Softball League has implemented this Return-to-Play OperationsPlan
in an effort to mitigate the transmission of COVID19 and safeguard its members
and spectators while participating in, or attending, an event.
Return-to-Play Guidelines, Procedures and Requirements for Participation or
Attendance at Osceola Senior Softball Events
• Participants are strongly recommended to travel to events alone or with a member of
their immediate household.
• All participants and spectators must adhere to six-foot physical distancing while
at any facility, in the dugouts, common areas, restrooms and parking areas.
• Daily symptom assessments of participants will be conducted by Board members,
coaches and players (visual-evaluation). Prior to entering an event, when not provided
by the venue sponsor, temperature checks of participants will be conducted by Board
members, coaches or assigned players that must wear masks and gloves. Anyone
experiencing symptoms must stay home or will be asked to leave.*
• Participants should wear face coverings at all times while not actively participating in
the field of play.
• Face coverings are strongly recommended for all spectators.
• Hand washing or hand sanitizing, in the absence of soap and water, are strongly
recommended for participants and spectators during the games. Hand sanitizer will be
made available.
• Lineups and/or registration for all events should be entered online or by spoken word
and recorded by officials/umpires without exchanging any physical documents with
coaches or players.
• No team water coolers or shared drinking stations. Participants should bring individual
water containers.
• Must not share water or equipment. Belongings should be used only by the individual
owner or operator including, but not limited to water bottles, gloves, bats, hats, and
other on- and off-field gear.
• Whenever possible, equipment and personal items should have proper separation and
should not be shared.
• Compliant game balls must be designated to each team for use while that team is
playing defense.
• Before & after each game, the following sanitation procedures must be conducted:
A) Sanitation of the dugouts and other non-porous seating will be completed prior to
their use.
B) Board members, coaches or assigned participants will sanitize dugouts and other
non-porous seating.
C) The individual(s) conducting the sanitation must wear a mask and gloves, or
other approved CDC personal protective equipment, and will use a bleach
solution or other approved products as defined by the CDC for non-porous
surfaces.
• Umpires calling balls and strikes should allow adequate distance behind the catcher
while still able to perform their duty.
• No touch rule – participants should refrain from high fives, handshake lines, and other
physical contact with teammates, opposing players, coaches, umpires, and spectators.
A “tip the cap” can be used following the game in lieu of the handshake line.
• Immediately isolate and seek medical care for any individual who develops symptoms.
• Contact the local health department about suspected cases or exposure.
• Prior to engaging in an event with Osceola Senior Softball League, all participants will
be required to sign a liability waiver.
*Per the CDC, symptoms include cough, shortness of breath or difficulty breathing,
fever, chills, muscle pain, sore throat, and new loss of taste or smell.
_________________________________
Rudy Vinas
Chairman, Osceola Senior Softball League
Games rained out today Mon. Apr 19
New Members; if you want to receive email updates about league events, game cancellations,  the weather etc., also if you want your name and contact information to appear on the members page,write to:
osc55sb@gmail.com, and you will be put on the list. 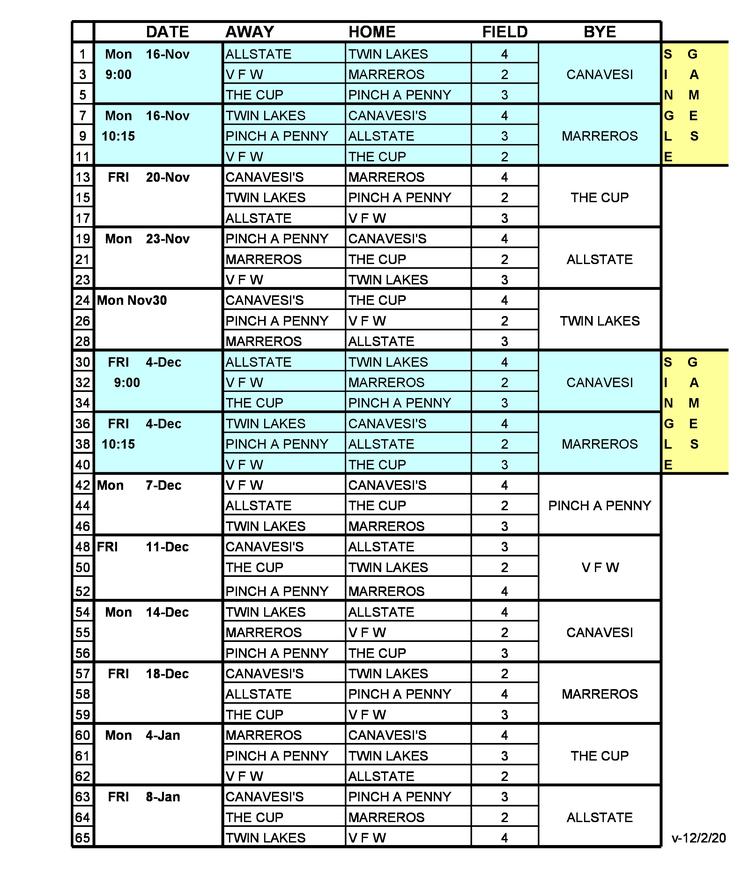 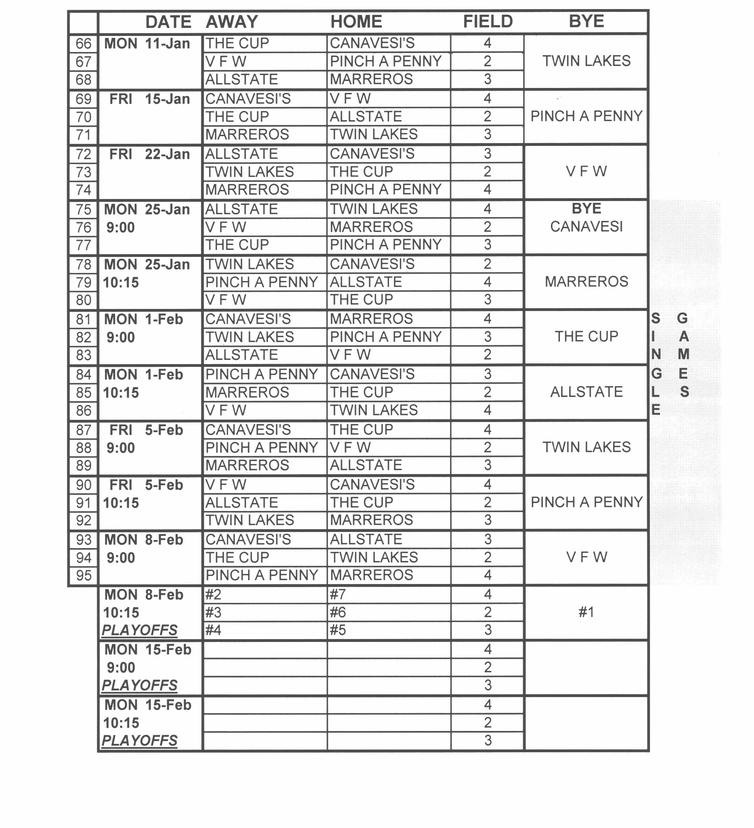 ANGEL
BERMUDEZ
Team Photos are on the "TEAMS" page 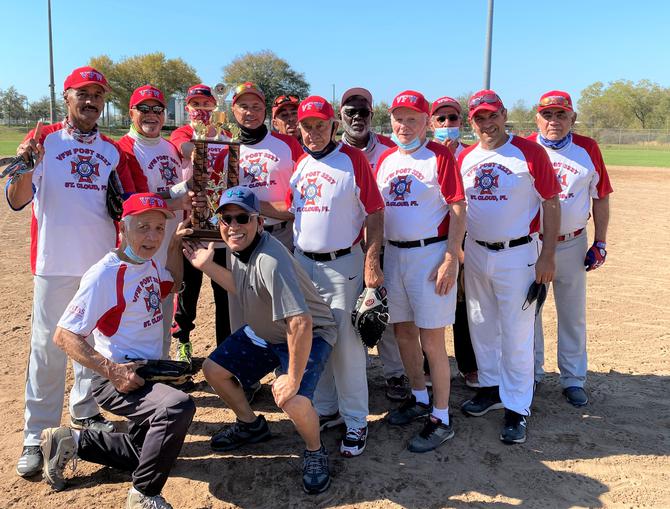 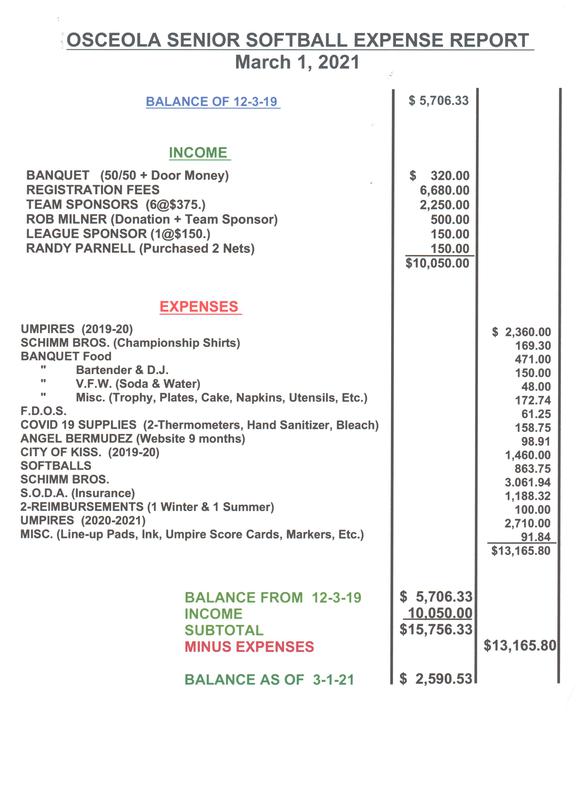